What a successful year it has been for us! Here is a look at the highlights of the past 12 months.

January 14: Message to the World leaders: Imam Mehdi will not promote Islam

Febraury 11: MFI at the Concious Life Expo in Los Angeles

Febraury 11: MFI at the Body, Mind and Spirit Expo in Raleigh

February 14: Our Mission Booms in the Philippines; view the full report here.

May 20: MFI Takes its Mission to Azerbaijan

June 14: MFI Stands in Solidarity with the LGBT Community

September 28: Our Activities in Ohio, Philadelphia, and North Carolina

November 07: Our Work in Sydney, Australia

November 17: MFI at the Natural Living Expo in Marlborough Massachusetts

December 01: Poetry for Jashan-e-Riaz (The Day of Riaz) by MFI Members

December 04: A Special Message from MFI For the Holidays 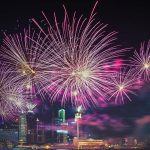