A Divine Being in His own right! 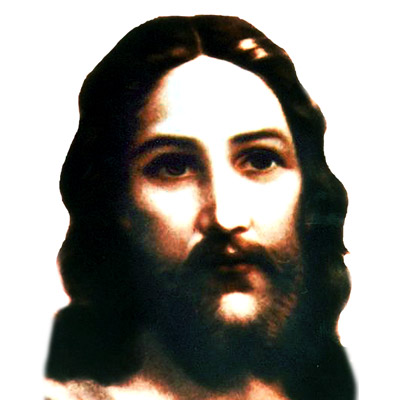 essiah Foundation International is pleased to introduce the Esoteric Person of Lord Jesus Christ. His Divine Eminence Lord Ra Riaz Gohar Shahi reveals that the origin of Jesus Christ is that of the Unseen World wherein He owns His very own kingdom; His Esoteric Person is no lesser than a God. The presence of the Holy Spirit in Him denotes His status as of being the Son of God. His main soul is not a human soul; rather, He comes from the Unseen World from among the members of God’s Community. He is one of the 35 million Gods who dwell in the Unseen World.

His Divine Eminence reveals that Jesus Christ, being a member of God’s Community, is able to transport any human being to His Kingdom in the Unseen World. The spiritual transfiguration takes place before the transportation of the soul. Jesus Christ places a reflection of His Esoteric Being inside the aspirant. Through the infusion of the souls, the aspirant loses his identity and takes a new form that neither resembles Lord Jesus Christ nor himself.

These sentences are commonly heard in the Churches and spoken in Christian religious circles. We know for a fact that Lord Jesus Christ promises us a place that no ears have ever heard of, no mind has ever conceived of, and no eyes have ever seen.

Note: Lord Jesus Christ ascended to the higher realms some 2,000 years ago. No true image has been available because there were no cameras at that time. The available images are made by artists following the descriptions found in the Bible. Some of these images depict Lord Jesus Christ as a blonde, implying Him to be from a European background; whereas history tells us that Lord Jesus Christ comes from the Asian region. The image of Lord Jesus Christ featured in this article appeared miraculously to pilgrims in Jerusalem in 1997. Learn more about it here.

The question arises: upon Lord Jesus Christ’s arrival, how will we recognise Him? Most Christians today have adopted a materialistic lifestyle and have either ignored the mystical knowledge or simply do not have access to the spiritual system. Thus, the majority of them do not have spiritual connection to Lord Jesus Christ. With the help of the Goharian Philosophy of Divine Love introduced by Messiah Foundation International, many are now able to reconnect with Lord Jesus Christ and obtain true inner baptism.