It wasn’t easy for the disciples to come to terms with this painful event. Most of them were not spiritually groomed enough to sense the implications of the occultation.

Those who had developed a firm belief in the Lord Ra Riaz Gohar Shahi and loved the Lord were potentially easy to be groomed into devout disciples.

When according to the Holy Quran, Jesus Christ was ascended by God towards Him, people who were at the scene were not given to witness the ascension of Jesus; rather they saw a look-alike of Jesus on the cross. They assumed it was Jesus who died on the cross.

Only if the disciples truly believed in the Lord and His advice, they would have sailed through the test. The Lord Ra Riaz Gohar Shahi had indicated on various occasions that He would adopt occultation at one point in time but advised the disciples not to jump to wrong conclusions. The Lord promised that He would break occultation and return soon to lead humanity to an unprecedented glory and spiritual triumph over evil.

In order to boost self-esteem of disciples and strengthen their faith, secrets of the Unseen World were presented and translated into belief. The secrets and origin of God were revealed and shared with common folks.

Messiah/Mehdi Foundation was formed to promulgate the miraculous doctrine of Lord Ra Riaz Gohar Shahi. Thousands of people were attracted to the teachings of the Lord. Many of these people embraced these secrets and became practitioners of divine love. Many of them still remain to be steadfast and some of them failed to grow in belief and trust.

Today we will discuss the aftermath of occultation. Please tune into AlRa TV’s YouTube Live at 22:00 BST on the 27th of November, 2016. 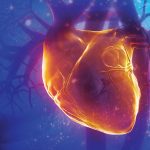 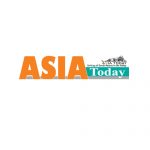