Four Types of Knowledge in Islam

There are four types of knowledge in the religion of Islam.

Sharia – which means the Law

Tariqah – which means the Path

Haqiqah – which means the Truth

Muarifah – which is the knowledge pertaining to the essence of God

‘’O Almighty Allah, guide us onto the Straight Path. The path of those that you have bestowed your bounty upon’’ – Qur’an 1:6

You need to look for somebody upon whom God has bestowed his bounty. And what is that bounty? The bounty is connection with God, union with God. And such individuals are those who have acquired the last stage of Islam, which is Ehsaan – those who have become Mohsin.

Islam starts with Muslim, then you are supposed to become Momin, Moqin and Mohsin.

Muslim is to do with Sharia. A Momin is a Sahib e Emaan. There is a full explanation about Sahib e Emaan in the Qur’an.

‘’The Arabs said that they were Momin. Tell them that you are not Momin, but you should say that you have become Muslims. For yet, Emaan has not entered your hearts’’ – Qur’an 49:14

When you affirm the Motto of Islam, the Kalima, with the tip of your tongue, you enter into the fold of Islam. But in order to become a Momin, the same Kalima should enter your heart.

Moula Ali had this knowledge from Prophet Mohammad (PBUH).

The Prophet of Islam said, ‘O Ali, close your eyes and hear in your heart La Ilaha Illa Allah’.

The hearts are not able to recite the Kalima by themselves. This ability is created or generated by Prophet Mohammad (PBUH) spiritually. And then, Prophet Mohammad (PBUH) appoints and delegates others with this potential ability and authority to enable hearts to recite the Kalima. When the Kalima enters your heart and every beat of your heart converts into vocalising, articulating the name of God, this is the stage of Emaan. Now, you have become Momin.

And once God’s name has entered the heart and every beat of your heart translates and voices God’s name involuntarily, without fail – no wonder the Qur’an explained the character of a Momin.

And then comes the last stage which is the stage of Ehsaan.

What is Ehsaan? According to a Prophetic Tradition, it’s very simple to understand but not to acquire.

”When you worship God, you should be able to see God”

When you worship God and you see him while you are worshipping him, this is the stage of Ehsaan. And this is God’s bounty. And the next part of the Prophetic Tradition is:

‘’And if you are not able to see God while you are worshipping him then strive to become as such that God looks at you’’. 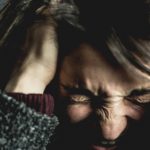