The Plight of Arranged Religion

By Younus AlGohar
Posted
In Articles
The Plight of Arranged Religion2019-06-012019-06-01https://www.theawaitedone.com/wp-content/uploads/2015/01/logo-dark.pngThe Awaited Onehttps://www.theawaitedone.com/wp-content/uploads/2019/05/this-hdgkduhfkj.jpg200px200px
0
What happens when you treat your religious practice like a genetic disease?

The following is a transcript of Sufi Spiritual Revivalist Younus AlGohar’s reply to a question from a viewer during a live broadcast Sufi Online. Sufi Online is aired every day at 10 PM UK Time on ALRA TV.

There are two types of people: those who adhere themselves to religion and those who lead a secular lifestyle.

Now, this is a problem. If you are a Muslim just because your father is a Muslim and your father is Muslim just because his father was a Muslim – then this is more like a genetic disease. You are a human being. God has gifted you with intelligence: the power to understand what is right and what is wrong. If you do not know why you follow a religion and you just do it with a blindfold on your brain and eyes, then you are not going to get anywhere. That religion is not going to help you in any way because you are not following that religion to obtain anything. It is just a conventional practice. Out of respect for your father, grandfather, mother or grandmother, you became a Muslim, a Christian or a Jew.

Only those who know why they need a religion are able to obtain something from the practice of that religion. When you do not know why you need a religion but still you do it because your father or mother was religious – with this concept and blindness of your mind and heart – you will not even care if the religion you are following is messed up. You will not care about where that religion is leading you and what’s right and wrong in that religion.

Right now, there is no denomination within Islam which is truly aware of what they are doing and why they are doing it. If you ask your father, ‘Before I follow the religion you want me to follow, may I study all religions and then decide?’, in Pakistan, you will already be known as a Kafir (disbeliever). You are very vocal when your father asks you about your marriage. You say, ‘No, I  want to choose my own bride because I am going to live all my life with her.’ What about religion? You are not bothered when you follow the same religion that your father does.

You are very scared of the arranged marriage, but what about this arranged religion?

As I said, it is because you are not bothered. Your heart is not into that practice of the religion; it is just customary, conventional practice. You become a religious person like a robot.

When this disinterest in the religion lies in the heart and religion prevails on the body, you become radicalised.

Then anybody will turn up and say ‘What are you doing? Why do you have to go five times a day to the mosque? Just blow yourself up somewhere, kill at least 100 or 200 people and you will go directly to paradise. There will be 70 damsels waiting for you.’

Today, what we see as terrorism is the result of many things, but on top of everything else is a literacy about religion. Muslims do not have the right knowledge of their religion. This is why they are easily radicalised and they turn into terrorists. Wrong interpretation, misleading beliefs – these things are taking place. You are falling prey to these idiots who give you the wrong interpretation of the Koran and Islam because you yourself are unaware of the truth. You are not aware of the truth just because you are not concerned about it. You practise that religion just because your father, mother or grandparents did. This is a kind of ancestral practice that you are doing.

No Muslim on Earth is on the right path today according to the Koran – no Ahmadi, Wahhabi, Sunni, Barelvi or Shiite.

According to the Koran 39:22, if you want to follow Islam, you must obtain the Opening of the Chest (Sharh-e-Sadr) – only then you will qualify for divine energy (Noor-e-Ilahi).

It doesn’t matter whether someone is an Ahmadi, Wahhabi, Deobandi, Shiite or Sunni – if you look at their hearts, they are all dark and impure. The fact that you are a Wahhabi, Sunni or Barelvi doesn’t change the state of your heart. So what is the point of fighting and threatening to kill one another? 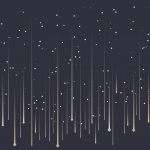 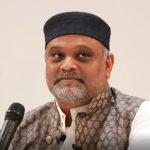