The following is an excerpt from Sufi Spiritual Revivalist Younus AlGohar’s speech addressing attendees on the first day of the Mount Shasta Heart Activation Event.

I feel very lucky to be around all these people who love to love, who are very humble and who are following the cosmic energy. In recent times, everything [has become] messed up.

Everything is either adulterated, tampered with or modified. We are almost in the wilderness of forced ignorance upon us.

It is very heartbreaking to sometimes see people distancing themselves from God – from religions, from Moses, from Jesus. I do not blame them for it because those who have represented them were fake people. If a religion and its ideology are corrupted, the entire humanity has to suffer.

When religion is corrupted, it turns into a monster.

Intolerance, hatred, supremacy, and this urge of being the best of all kills the fundamental purpose of religion. Unfortunately, in recent times, all three Abrahamic Faiths – Judaism, Christianity, Islam – have suffered at the hands of people who didn’t deserve to represent these religions.

Religion is like a human being. Every religion has two dimensions: inner and outer. The more important aspect of human life is the inner dimension: your soul, your spirit. This body is like a container and these souls that we have are contained in this body whilst we are here in this world.

This body is not our reality. Our reality is our soul.

Religion must provide spiritual assistance to its followers, with the help of which they can establish a connection with God and regain consciousness. When the inner aspect in every religion was either rejected, overlooked, forgotten or it was made subject to corruption, the religions started malfunctioning and became monsters.

Terrorism, extremism, and fanaticism are the result of corruption in the religion.

No religion mandates the murder of a human. No religion will tell you to take the life of a human being in the name of God. If God were to allow you to kill another fellow human being in God’s name, then most probably, I would stop believing in God. This is out of the divine character.

At least God doesn’t discriminate. If he did, we would have to stop believing in God. But he doesn’t.

Our destiny is God. God sent all these messengers, prophets and saints for our help so that they can teach us to connect with God.

No prophet, messenger or saint is greater than God.

You and I are to connect ourselves with God and we need some assistance. This is the only purpose of a messenger, prophet or a saint sent and anointed by God.

All these religions that were established by different messengers and prophets have lost their glory. The messages of these religions have not been articulated and didn’t have proper representation. But today, every religion is bad. Why?

When we eat fresh food, we enjoy it. Let’s assume you made a lot of fresh food and ate some of it, but still have a portion left over. What would you want to do with it? You would want to preserve it. So you put it in the fridge to eat the next day. However, the fridge cannot keep the food fresh for too long. When the food goes stale, we throw it away because we don’t like it [anymore].

Similarly, the early believers of any messenger were great because they received the divine connection directly from their messengers. After the messengers and prophets left the world, there were people were in contact with God. They worked like a refrigerator to keep the religion fresh. They were substitutes to prophets and messengers.

Now when we have no prophet, messenger or saint of God, there are many who would want to claim that they are very close to God – but when it comes to practicality, the Sufi practice of a majority of Sufis today is based on bookish knowledge. They do not have this connection which God. This is why they are confined to their respective religions.

A true Sufi represents God. He doesn’t represent a religion.

To God, all are equal whether you follow Islam, Christianity, Judaism, Hinduism, Sikhism or no religion at all. A Sufi is divinely equipped with spiritual instruments to connect people to God without requiring the religion. With a Sufi, you do not need a religion. You can directly get connected with God. Sufism is a direct contact with God.

There is a very small divine tunnel after the Opening of the Heart and that divine tunnel leads you and me to the destination: to the supreme power.

You can call him any name – Elohim, Allah, God, Dios – it is all the same.

Somebody asked Mevlana Rumi, ‘What is God’s true name?’ and Rumi said, ‘It doesn’t matter.’

One of the people with him was from Iran, he spoke Persian. Another person was from Arabia and another was from the West. Rumi showed them water.

[He said], ‘In Persian, they call it aab. In Arabic, it is called maa. In Hindi, they call it paani and in English, it is water.’

These religions are different highways. For example, if you want to go to Los Angeles [from here], you can get onto Route 5 or 395. Many highways lead to Los Angeles. That is the similitude of these religions. The religions should not make us fight and hate each other.

I understand that in recent times people have given rise to hatred and discrimination, but they are wrong. God wants to love all, whomever you are.

Then Prophet Mohammed came and he said the same thing. So, now people were confused as to who to follow. However, they are [both] right. They said these things at different times. At the time of Jesus, he was the only way to God. At the time of Abraham, he was the only to God. It was the same for Adam. Now, we have different highways – through Jesus, Mohammad, Moses, etc. you can reach God.

The point is, do you have access to Jesus?

When people who represent Jesus do not have a connection with Jesus and tell you stories, you get fed up with the name Jesus. You have been hearing stories for the past 20 years about Jesus but nothing worked for you because people who are representing Jesus are corrupted in the heart. They are making money; they don’t have a connection to Jesus or God.

Our message is the message of love and practical spirituality. We promote divine love.

There are two types of love: the general type of love which is like a Hollywood movie type of love. You don’t need to learn anything, you just need to claim that you love someone. That is not loving. You are after their [physical] beauty.

Unfortunately, God today is not being represented in the mosques, churches and synagogues. Humanity has been left alone, religions are null and void of spirituality. Mosques, churches and temples have turned into shopping malls. Again, humanity is on its own. We have to find our own way to enlighten ourselves, illumine our hearts, and purify our negativity.

I’m not claiming to be a great Sufi Master, but I would like to share the same methodology with the help of which I obtained light in my heart. We’re not here gazing at your pockets [for money], we are not here to sell anything, but to share what we have. I’m not a spiritual mentor, but I can tell you how I got where I am now. Maybe, if you tread on the same path, you can get there. It’s not a matter of pride, it’s a matter of satisfaction. I have this passion in my heart that the spiritual path that I have been treading on, is a trustworthy spiritual path which has been through tests and trials. Thousands of people who have been treading on this spiritual path have acquired their spiritual quest.

This spiritual path is without any commitment. There is no religious pollution, no personality cult, no bondage and no discrimination on this path. It doesn’t look at your skin colour. It doesn’t look at your background. We understand that the souls have the same colour, only our bodies differ in colour. I may be dark brown and you may be reddish-white, but that’s only the colour of the skin. The soul was created by God and it has only one colour: the colour of love.

Let’s turn our souls into a pigeon and teach our souls to dive into the vast ocean of God’s love. Abraham, Moses, Adam, Jesus and Prophet Mohammad are all true representations of God. Through them, an enormous amount of people reached God. Today, if these religions are malfunctioning and not producing results, it is not their fault. It is the people who are corrupted.

We need to revive spirituality in our hearts. The heart is like a satellite; like a telephone operator. The most important factor in spirituality is the activation of the heart.

The heart is the divine gateway. When the heart is enlightened and activated, you will find yourself in the presence of God.

Similarly, you make mighty claims that you are a divine person but you have the characteristics of the devil. A devil wants division, a corrupted heart, hatred, killing, carnage, bomb blasts, terrorism and extremism. This is all evil! But it is all part of religions now. It is so sad.

‘One who has known himself, he has only known God.’ – Prophetic Tradition

So, to know God, we need to know ourselves. The reality of ourselves is buried deep down in our hearts. All goodness will come after the heart is connected with God.

We need to activate the heart because the heart knows its true source. Our body doesn’t have any consciousness. The consciousness is granted to the body by the heart. When these spiritual faculties are dormant in our body, we do not know what to do, we are blind. Our ability to see each other is useless.

We need the divine ability to see and hear God – but that will only come about when the heart is activated.

Today I feel proud to tell you that to love and connect to God, you do not have to follow a religion. All you need to do is to activate your heart. If you have this knowledge and methodology, without religion, you can become divine. You can dig into your reality and you can find this supreme-self within you. 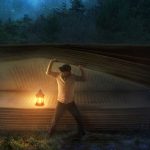 The Plight of Arranged ReligionArticles 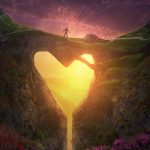