Recently there was news of a military coup in Turkey. After a few hours, it was learnt that the coup failed and 3000 army personnel were arrested. 2500 army personnel were killed in an ISIS-style beheading. Everything happened in a weird way which does not suggest to common intelligence that this was a genuine coup attempt.

I raised my voice in favour of the military coup because I was sniffing danger. That danger was that if Turkey did not go under the military control, Turkey would become another ISIS country.

The world leaders made a blunder by supporting democracy in Turkey. A form of democracy which gives rise to extremism, fanaticism should not be applauded by world leaders. Although dictatorship by the military is in no way good, given the circumstances and as a matter of survival, a military coup was urgently needed in Turkey.

However, the government of President Erdagon was supported by world leaders. Now, after the failed coup, he is reshuffling all officials and the departments. Turkey, now under the rule of Erdagon, is going through a very rapid process of Islamisation.

Turkey is not running; Turkey is flying towards Islamisation. Turkey is in the making of a newer, extremist, fanatic, brutal terrorist country.

The Washington Post says ‘Turkey declares a state of emergency for three months.’

The world leaders are going to regret the way they supported democracy in Turkey. They cannot see how this scene was dramatised, how it was planned and who was going to be the beneficiary. By showing people the attempted coup, Erdagon is going to do many things. He is doing many things.

According to the Washington Post, ‘Turkey declared a state of emergency on Wednesday, a move that President Recep Tayyip Erdogan said would enable the state to act faster against those who plotted a failed coup.

‘In a late-night televised address, Erdogan, who has been carrying out a large-scale purge of the country’s institutions, sought to reassure the country that the measure — which would be in force for three months — will protect democratic freedoms. But the move consolidates more power in the president’s hands, allowing him to rule by decree.

‘The United States and Europe have urged Turkey to follow the rule of law and maintain democratic order in the wake of the attempted power grab that saw a renegade part of the armed forces hijack aircraft and attack key military and government buildings last week. Turkey’s countermeasures have affected more than 50,000 people — judges, civil servants, military, police and others — as the country’s leaders seek to root out opponents and perceived internal dissent.’

The West — including United Kingdom, United States of America and Canada — is now urging Turkey to stop doing it or they will cancel its NATO membership.

However, now Turkey is on the way to becoming another Syria. This is alarming.

Erdagon is talking about Islam and he lives in a palace owned by him, worth £500 million. The world leaders should have supported the military coup. If they had done this, they would have nipped the devil in the bud. 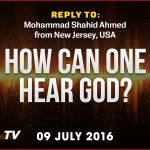 RE: How Can One Hear God?Activities, Video 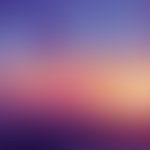 WHICH Islam Must Be CondemnedActivities, Video