WHICH Islam Must Be Condemned

His Holiness Younus AlGohar responds to radical anti-Muslims on Twitter and explains the truth about Islam and how it has been distorted today.

–  Every religion has a time limit on it, an expiry date. When a certain religion expires, what is happening today under the banner of Islam is exactly what happens. Some people just want to denounce Islam and some other people keep on saying terrorism has nothing to do with Islam. Both are wrong: Islam when it was founded by Prophet Mohammad was not the same Islam as we see today.

–  If a religion is not making you holy, that religion is not holy anymore. Today the problems we have in the world are because of these religions after they expired. When religions were founded and the spiritual systems were intact, they were helping people out and responsible for reviving human values in human beings. However, now these religions are bringing the worst out of everybody.

– The apocalyptic forecast of Prophet Mohammad regarding the end times has been heavily modified by Wahhabis. The concept of Imam Mehdi has been modified and they have begotten a new theory of hatred. They have given an unreal, false story of the worldwide caliph who will supposedly rule the entire world and turn everybody into Muslims. 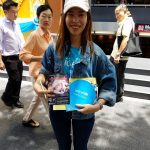 Our Mission Activities in ThailandActivities 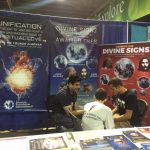