Heart, Intentions & How To Bring God’s Name Into The Heart

There is a question from someone who lives in Egypt. There are many questions within this one question. The first part of the question demands for the description and the difference between the heart and the intentions.

Intention is something that you plan for, then you want to execute it. However, intention does not necessarily have to be from the heart; sometimes the intentions come from your mind. Sometimes intentions are created from the cloud of desires.

However according to the Quran, the Declaration of Faith must enter the heart before you become a true believer.

The Quran said, ‘The Arabs said that they were true believers. Say, “You are not true believers; you should rather say that you have accepted Islam and have become Muslim. Faith has not yet entered your heart. How could you call yourself a true believer?”’ (49:14)

Perhaps this is why the Quran said that if God intends to leave somebody astray, God does not provide them with a spiritual guide (18:17).

If you do not have a spiritual guide, how will you be misled? You will continue to recite the Declaration of Faith with the tip of your tongue and you will have no clue how to take this Declaration of Faith inside your heart. You will be engaged in different forms of physical and verbal worship and you will think that you have become a very religious person.You will think that now you have God’s love inside the heart. Since you go to mosque five times a day, you recite the Quran, you worship God at the appointed time allocated by God and that you practise every custom and ritual of your religion, you will assume that now you have become a true believer. However you are not a true believer according to the Quran until and unless the Declaration of Faith enters your heart. You do not know the art of taking the Declaration of Faith inside the heart.

If God wanted to guide you, then he would provide you with a spiritual guide.

This is not a new thing. This is exactly what happened to Prophet Mohammad. One day when Prophet Muhammad was in the Cave of Hira, he was visited by Gabriel and Gabriel said ‘Admit.’ The Prophet replied ‘I will not.’ This happened three times; then Gabriel did not say anything for the fourth time, rather he hugged the Prophet tightly. This is how the name of God – that God had entrusted Gabriel with for a short period of time – was transferred from his chest into the heart of Prophet Mohammad.

This is what happened in the Cave of Hira when Prophet Muhammad was visited by Gabriel. Gabriel brought with him, inside his heart, God’s name. He transferred God’s name into the heart of Prophet Mohammad.

Obviously, Gabriel will not visit every single Muslim. This was the appointment and anointment made by God. As a result, now Prophet Mohammad was responsible for transferring that name from his heart to all the deserving souls of his nation. Whosoever obtained the name of God from Prophet Mohammad became a true believer.

Salat (a form of prayer) was made obligatory one those who became true believers. This is why Prophet Mohammad said, ‘Without the presence of the heart, there is no concept of Salat.’

This is very ironic and very unfortunate that the Muslim nation has totally become oblivious to the truth, although it is clearly mentioned in the Quran. If those who understand Arab translate this, they will understand what I am saying is 100% true. However [the Muslims] have their own agenda. This knowledge of the Quran does not fit well in their agenda – which of course was carved by their inside evil – but his is how you become a true believer.

When your heart is not purified, not articulated with the commemoration of God, not introduced to divine energy, then you are not on the right path.

There is another verse from the Quran that I would like to present here for your help.

Those who assume themselves to be Muslims – even without acquiring Opening of the Heart – they deny Prophet Mohammad having divine energy of God, forget about themselves.

If they followed the Quran in its true spirit, first of all to enter into Islam, they would acquire Opening of the Heart. Once their hearts were open, God would have allowed his name to pulsate in the throbbing system of their heart. As a result of this repetitive mention of God’s name, the commemoration of God’s name inside the heart, divine energy would start to be generated.

They have assumed themselves to be true Muslims, but this is a grave misunderstanding. Before they discuss the necessity of Jihad today, they better become Muslims first. Take advice from the Quran in order to acquire the true spirit of Islam. You have to obtain Opening of the Heart, only then your Lord will give you divine energy.

Let’s ask the Quran what misguidance is. ‘Doomed, destroyed and tormented are those whose hearts have become so hard that Invocation of God’s Name (Dhikr Allah) does enter them.’ (39:22)

When you do not have Opening of the Heart, rather your heart has become so hard that Invocation of God’s Name does not enter it, in the eyes of God this is a kind of misguidance which has no doubt. It so vivid, so evident; you should look for no other reason to declare one as an infidel.

It is not just that you are a true infidel, but God has gone further to explain who you are. God said, ‘Those who do not have invocation in their hearts are equal to animals.’ Even if you do look like a man but your heart is void of invocation, in the eyes of God, you are like an animal that eats, sleeps and excretes; you are never in contact with God.

This is the explanation and answer to the question ask by the gentleman from Egypt. 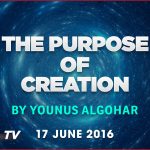 The Purpose Of CreationActivities, Articles, Video 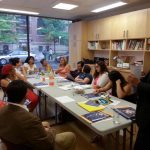