To European Muslims – Advice for Aftermath of Paris Attacks

We are passing through the most turbulent times in history. All those who love peace and humanity; who are able to be tolerant to other faiths; who live and let others live in peace; who want to promote peace, I request them to get involved in the peace process. All these individuals who come from Islam need to be a little more knowledgeable about their religion so that they can understand their religion does not promote terrorism.

Whichever groups within Islam invite them to such unholy causes as jihad, with the weapon of knowledge, Muslims should be able to reject all such ideas.

The foremost thing for everybody in Islam is to be able to be knowledgeable. What the Muslim youth lacks today is true knowledge of their religion.

There is a Hadith of the Prophet Mohammad whereby he said, ‘Towards the end times, the religion of Islam will be confined and limited to its name only. The Quran will be limited to its words only. Young boys will become scholar; they will enter into vigorous physical worship.’

‘Even my companions do not worship that vigorously – however the Quran will not go beyond their throats. Their mosques will be fancy and decorated, however they will be null and void of guidance. Mischief will emerge from within them; and within them, mischief will die out. Under the sky, they will be the worst of all creation.’

This Prophetic Tradition, if applied to ISIS, gives us a clear understanding of what ISIS is.

They are unholy, they are un-Islamic; they do not follow the Quran or Traditions of the Prophet. And they call themselves ‘pure Muslims’ – they are pure filth! They are not Muslims.

It is time for all Muslims to recognise these terrorists as terrorists. Open your eyes. Don’t be fooled by these enemies of the community of Islam and enemies of humanity.

Suicide is strictly prohibited (haram) in Islam. No matter how devout a Muslim you are, in the end, if you commit suicide you’re destined to enter into hellfire. This is undebatable. All schools of thought in Islam have no choice but to agree to this Tradition of the Prophet.

When by committing suicide you will go to hell, how can you justify blowing up yourself and causing dozens of people to die?

When taking your own life is not allowed, how can you take lives of others? This is not just a wrong interpretation; it is being done on purpose, knowingly. They are just using the name of Islam.

I would like you to understand the true message of the Quran and the Traditions of the Prophet.

Prophet Mohammad would not enter into a war with people who were not enemies of his religion. If a jihad was initiated by the Prophet himself, that jihad was done in self defence. It was not in assault mode.

What Taliban, Al-Qaeda and Daesh are doing today is not legitimate. This is the true definition of atrocity. This is mass murder, slaughter and carnage of humanity.

This is the organised butchery of humankind.

They are not just destroying buildings and churches. How can you call them Muslims? In Syria and Iraq, they blew away graves of prophets. Prophet Younus’ shrine was bombarded. Do you still think they are Muslims? All Muslims must show respect to all prophets sent by God and they are destroying shrines of the prophets.

They are not Muslims. Do not join them. Condemn them. Expose them! We need to raise awareness of their true reality.

People should be aware of the truth. People should know who ISIS and Taliban are. They do not represent Islam. Whatever doctrine comes from them under the label of Islam is not even 1% of Islam. They are filthy animals, butchers. They are murderers. Their acts and themselves must be condemned!

This is my message to the Muslim youth in Europe:

Remain vigilant. Show your solidarity with the government of your country so that they may be proud of you as a Muslim. Let them say, ‘We have true Muslims living in our country who detest the terrorists.’

Make your countrymen proud of you and your association with Islam. I tell you: Islam is not what ISIS is telling you. True Islam is Sufi Islam: love for all, hatred for none. 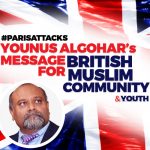 In Wake of The #ParisAttacks – Message to British Muslim CommunityActivities, Articles, Statement 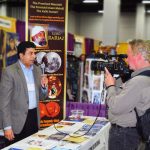