In Wake of The #ParisAttacks – Message to British Muslim Community

The following is a transcript of HH Younus AlGohar’s speech.

Commenting on subjects is not enough. Individuals from around the world need to get involved. Getting involved does not require from one to come out with a weapon on the street and attack your enemies.

The first enemy is ignorance. When you know about your enemy, you can prepare yourself against them.

The problem of the world today is people do not know the roots of ISIS or terrorism. People generalise and say, ‘All Muslims are terrorists.’ But this is not true.

I would like to say very specifically: no Muslim is a terrorist. These terrorists are faking their identity. You know them to be Muslims; however, they are not Muslims. They have distorted the image of Islam.

The Quran equates one murder to elimination of the whole of humanity.

Committing suicide is strictly prohibited in Islam. It is not rocket science to comprehend whether or not suicide bombing is allowed in Islam.

According to Prophet Mohammad, ‘One who commits suicide, all his good deeds are wasted and he is destined to enter into hellfire.’

I cannot understand how on Earth these individuals who are waging a war against innocent human beings come up with an idea of declaring a prohibited act to be a gateway to heaven.

Even if you were a Companion of the Prophet himself and you fought for protection of the religion, however in the end if you committed suicide, all your deeds are wasted. Your association with the Prophet will be greatly ignored and you will be paving your way to hellfire.

When suicide is prohibited in Islam, how can suicide bombing be allowed or rewarding? These individuals, under the banner of Islam, are making fools out of people by hammering in their brains an ideology based on lust, carnal desires and hunger for power.

When they tell them, ‘If you blow up yourself, there are 70 damsels waiting for you in paradise,’ they are blaspheming the religion. They are distorting the words of God and the Traditions of the Prophet.

This is absolutely a misleading ideology. What is prohibited in Islam is now being regarded as rewarding and a gateway to heaven. This is pitiful.

Many Muslims in France are coming forward and condemning the attacks. It is a good gesture. However, I request Muslims in the United Kingdom also to do the same. Become part of British society.

Come forward. They should not just condemn this brutal act of terrorism but ISIS; at they need to show their solidarity with British people. They are living on this land; they must treat this land as their heaven!

According to a Tradition of Prophet Mohammad, ‘Love for your country is part of your faith (emaan).’

I live in England. Love for England should be part of my faith; if someone else lives in Canada, love for Canada should be part of their faith. It being part of your faith does not mean you are going to worship your country.

It means you are loyal to your country and you will do everything to ensure your country is well protected by you.

All Muslims who live in the United Kingdom should come forward show their solidarity. This is how they are going to integrate into British society.

You are well integrated into British society when a white Scottish man, Welshman or Englishman is free to talk to you and is not intimidated by your presence.

If somebody is intimidated by your presence, it simply means you are not integrated into British society. Follow your religion; if you don’t want to consume alcohol or eat pork, that is not a problem. These things do not stop you from becoming part of British society.

I do not drink alcohol and I do not eat pork but I love England. I will do everything to protect this country. I am morally, financially indebted to the country. It is because of British citizenship that I was able to move in the world freely. I should be grateful to the state of the United Kingdom, we should be grateful. We should pay our homage.

All these Muslims who live in this country should come forward, condemn this act, condemn ISIS. Say how you feel about ISIS. Talk about how bad they are, how ugly they are, how brutal and how anti-Islam they are.

This must be done to be seen so that the youth get a clear message that ISIS is evil and they should not become part of this brutal, evil organisation. 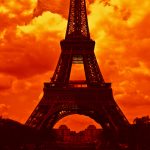 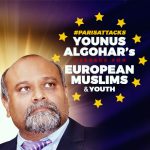