Are All Muslims Extremists?

The following is Younus AlGohar’s response to a viewer-submitted question on the daily online show, Sufi Online. You can watch Sufi Online every day at 10 PM BST on the ALRA TV YouTube channel.

Are all Muslims Extremists?

Our world is in a very distressed condition. A majority of human beings have lost morality, ethical values and mutual love has become absent in our societies. Mutual respect has become absent in our societies. Respect for each other has diminished. Respect for each other’s religions has diminished. Under the umbrella and label of freedom of speech, some of the politicians of the world are just unloading themselves. They are lashing out at the most respected religions of the world. It is a very sad and sorrowful condition.

Freedom of speech is your right. You should exercise your right as long as you do not attack others, you do not humiliate them and you do not try to stir mischief in the society.

It is very unfortunate that, for over a decade, the world has seen an enormous amount of killing and terror. A majority of these terrorists claim to be Muslims, it is so unfortunate. From Afghanistan, Pakistan, India, France, Spain, Belgium, UK, Unites States of America, Australia, and in many countries, there have been atrocities and acts of terrorism.

What saddens me is that these atrocities against humanity were committed by Muslims – but there is a very thin blue line between Islamists and Muslims. Islamists are those whose ideology does not come from the holy book of Koran. Even if it apparently appears to be endorsed by the Koran do not buy this ideology, because this interpretation comes from terrorist organisations, it is not true interpretation, it is a result of gross manipulation.

The Koran equals killing of one person to killing of the entire humanity. Islam does not allow killing.

Our fellow in the west, especially those who are also politicians in the UK, in Holland, in France, in Spain, and in the United States of America, these politicians have to be very responsible, not because they are under scrutiny of any power, but they should be careful and responsible with their mouth because one wrong word can stir a lot of mischief and can hurt a great number of Muslims around the world.

Extremism, fanaticism is a result of mischief in Islam. It is not endorsed by Islamic teachings, it is not the spirit of Islam, it does not represent Islam, but there are people who come from the very core of Islamic society. Those who run religious seminaries in Pakistan and those who are the traditional scholars of Islam, they are those who have already made the religion of Islam to a type of mischief which has destroyed Islam and its spirit. Islam is the first victim of Islamic terrorism. Even before Muslims, the very essence of Islam suffers from the earliest victimisation at the hands of extremism, fanaticism, and terrorism.

It would be entirely unjust to say that Islam promotes violence or terrorism.

That is extremely and vehemently untrue. 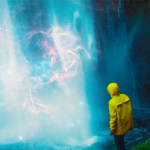 How to Begin Purifying the Carnal SelfArticles 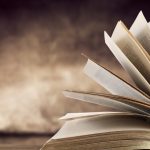 God’s Love, The Heart of The BibleArticles