[She was not gifted a] home. It was a garden.

There was a quarrel. As soon as Umar bin Khattab became the caliph, he summoned the daughter of the Prophet, Fatima. He said, ‘The Garden of Fidak is property of Islam; it is not your property so you need to return it. Bibi Fatimi replied, ’It was gifted to me by my father.’ So this is in Prophetic Traditions.

When he was demanding Bibi Fatima to withdraw possession of that garden and the conversation became heated, he got really emotional and angry. He was an unreasonably angry person. Out of anger, he pushed Fatima tul Zahra and she fell on the door. There was a big nail in that door and that nail went into her stomach.

So it was a foreign object made of iron and it went inside. When you go into surgery, the equipment they use is all sterilised. They are made of stainless steel and they cannot be rusted. The nail went into her stomach, there was a big wound and it started bleeding. The body was entirely poisoned. 6 months after this incident, she died. This is recorded in Prophetic Traditions.

Even the scholars of Deoband narrate this story – not just Sunnis and Shias. 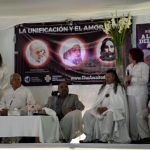 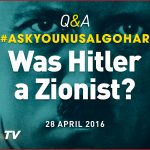