The Corruption In Religions

When you do not know the reality, you throw yourself to assumptions and different theories. This world was created by God and is subjected to God’s plan. Whether you like it or not, nothing will change. In the West especially, a lot of people have become atheists. Most people in England don’t believe in God. However, there are people in every society who believe in God and religions.

In the Bible, there is a chapter called Matthew, which is full of signs of the end times. In Islam, there are numerous Traditions of the Prophet Mohammad that discuss the events which will take place before the end times.

People who closely monitor what is happening the world and at the same time, they study their celestial book, they are the ones who are able to see whether or not the end times are coming.

One of the main features of the end times is that humanity is supposed to distance itself from God. Religions are to become corrupted; morality and ethical values will no more be seen. This world, as it is has been designed by God, is to become a place where lawlessness, distortion, tyranny, corruption, hatred, religious crimes and crimes against humanity will prevail.

The most prominent feature of the end times is the Second Coming of Lord Jesus Christ and then in many religions, a concept of the Awaited One has been propagated.

The main feature of the end times is destruction of religions.

Religions were supposed to lose their value and their ability to make its followers holy. We have so many religions being practised in the world today. However, it is evident that no religion, including Islam, is making its followers holy.

If you are a religious person, most likely, you will be considered by people to be holy. However, it is significantly ironical that the most unholy people you will find today are religious people.

Either you will find the most unholy people on Earth in a mosque, church or temple. People who were supposed to be God-fearing have no fear of God. They give lectures on God’s fear; they instil fear of God in hearts of others, but they think they have been exempted from the luxury of God’s fear. They become so careless and heedless of the religious chapters of the celestial book they are teaching others. They teach others, but they don’t understand. Maybe, in the back of their mind, they think this [does not apply to] them.

The problem is: every single religion that you will see being practised today has become null and void of spirituality.

According to the fundamental principles of a religion, one needs to adopt a religion in order to reach God. For example, when you want to travel, you do so by car, bus, train or airplane. These different types of vehicles are the means of transportation. In a similar way, a religion is like a vehicle.

If you hear somebody saying, ‘I have to catch a flight’, instantly, you will ask that person, ‘Are you going somewhere?’ If he says, ‘No,’ you will ask, ‘Then why are you catching a flight?’ It sounds absurd if they say, ‘I am just catching a flight. It doesn’t mean I am going anywhere.’

However, if you ask anybody today, ‘Why do you practise Islam?’ Trust me: they don’t have any answer. They practise Islam as an inherited habit.

Practice and quality of practice both are inherited from our parents, our forefathers.

For example, if the parents are fasting during Ramadan, and in the daytime, they are watching an Indian movie, the children will get the impression that watching a movie is not a bad thing, because their parents are doing it.

In a similar way, If I ask you, ‘Why are you a Muslim and not a Christian?’ You won’t have an answer.

Being a Goharian, I enjoy the bounty of my Lord, the divine protection. My life is now full of bliss: spiritual bliss, economical bliss. I have no worries of my future. My heart is set on peace.

I don’t harm, hurt or deceive people. I do not hate anybody for any reason, whether you are Christian, Muslim, Jew, Hindu or Sikh. Whether the colour of your skin is white, brown, pinkish, blue, etc. I don’t care. I respect everybody. I respect all religions, all men, all women and all children, whether they respect me or disrespect me. You will not find a person of this character either in Christianity, Islam, Hinduism or Judaism. This is why I am Goharian.

Lord Ra Riaz Gohar Shahi teaches us to respect humanity, not to hate anybody and to love everybody. Jesus said the same thing. Jesus said, ‘Love your neighbour like you love yourself. Feed your neighbour like you feed yourself,’ but people don’t do that. Why is it that Lord Ra Riaz Gohar Shahi says the same things that Jesus said and the followers of Lord Ra Riaz practically believe in what Lord Ra Riaz says, but the teachings of Lord Jesus Christ do not manifest in the characters [of Christians]? We are able to practise this and we are able to witness Lord Ra Riaz’s doctrine of love in our character because we have been given a spiritual methodology. Hearts have been initiated. We are journeying on spiritual embarkment. Whereas [others] only have theory; [they] do not have spiritual methodology.

No religion is bad, but people do not know how to practise a religion. All religions were good when they were established by their respective prophets and messengers.

The corruption in the hearts of human beings has corrupted the religions.

Someone can become dirty by anything: mud, dust – or maybe if it every humid and hot, they will sweat. To clean themselves, they will take a shower. In Islam, Prophet Mohammad declared cleanliness to be half of one’s religion; to love God is the complete religion.

How the world looks at these atrocities and untoward incidents of terrorism is different. They do not get to the bottom of the truth. They think this problem is very temporal. However, I want to tell you that this is part of God’s plan.

I know atheists will hate me for saying this and some others will jump to conclusions like, ‘You are not sorry for what is happening.’ That is not what I am saying. For example, nobody wants to die, but if I say, ‘It is all written by God,’ am I offending you, me or God? When you die, wherever you die, it comes from God. Everybody has the right to live – but when you say that, you are completely ignoring the fundamental aspect of your presence on Earth, which is that you are here for a brief period of time. You are here for your test.

All these people who are dying in these countries, and all these people who are killing, are useless in the eyes of God. For example, most of the Syrian refugees are economic migrants. I went to Canada and someone told me that Syrian refugees who have now been given asylum in Canada are complaining to the government, ‘You are not taking care of us. We were better off living in camps.’ Justin Trudeau went to the airport to welcome these refugees. All MFI members who came to Canada from India [as refugees, due to them being persecuted in Pakistan for their beliefs], their air tickets were bought by an agency and they were bound to pay back the expenses. Whatever amount of money was spent on them, they were required to pay back to the government – and they did. However, these refugees who are coming now from Syria are not paying back anything. There is no burden of debt on them. They’re given all sorts of facilities: medical, residential, etc. and still they’re so ungrateful.

When they went to Germany, they started raping women. People of Germany did not like the idea of accepting any refugees, but when Angela Merkel announced it, they remained quiet. I still remember seeing images in newspapers and social media that they were coming and people were standing, welcoming them in Germany and giving them water and food. When they finally started living in Germany, they started raping their women. The same thing happened in Sweden; they raped so many women in Sweden. The soft corner that they had developed in the hearts of Swedish and German people, by exposing their ugly character, they have lost it. Nobody wants to show compassion to such idiots.

They’re rapists. What’s the difference between them and ISIS? They’re not escaping ISIS. They just want to come to Europe. This ISIS problem has not started now. It has been there for quite a few years now. Why are they migrating now? They have been living there with all those problems. We should definitely say a big no to all these Syrian refugees. You only blame yourself if you accept them and tomorrow something goes wrong. 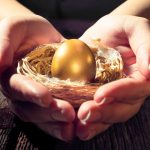 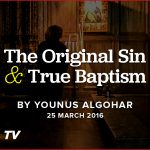