The Ratio of Negativity in the Spiritual Atmosphere

By Younus AlGohar
Posted
In Articles
The Ratio of Negativity in the Spiritual Atmosphere2015-07-172015-07-17https://www.theawaitedone.com/wp-content/uploads/2015/01/logo-dark.pngThe Awaited Onehttps://www.theawaitedone.com/wp-content/uploads/2015/07/ratio-negativity-tb.jpg200px200px
0
How exactly spiritual pollution has grown over the years and how it affects us all.

et’s have a look at how this works out and what is meant by the ratio of negativity in the spiritual atmosphere.

Whether you follow a religion or you don’t, whether you are good or bad, at the age of 40 your book is taken to God. According to God’s understanding, ‘Now he is 40. He must have done something good and he deserves to be rewarded.’ This is the time when God thinks you should be given rewards for your efforts that you may have made to seek God’s love. The efforts that you may have made to bring spirituality and spiritual awareness in your life [will be rewarded].

Maturity in men comes at the age of 40. You cannot be the President of the USA if you are not 40 years of age. All Prophets declared Prophet-hood after 40 because that is when they are sober.

Carbon monoxide causes pollution. You may have heard people saying that carbon emission should be reduced – because the atmosphere is really polluted. There are so many car factories, and industries, so gases [are produced which] affect the air quality. Air quality directly affects our health. When we go towards hilly areas and mountains, the air quality is better.

Air quality is determined by the amount of oxygen in it.

Why is there pollution in the air? If there are 25 individuals sitting together and everybody starts to pass gas, the pollution will be unbearable; the air quality will be greatly affected. There is so much human waste in this world and the deposit of this adds to the poor quality of air. Then, we have carbon monoxide. When we pass gas, we pass carbon monoxide.

When you pass gas, the air quality is polluted but when you commit a sin, the spiritual atmosphere is polluted.

When we pass gas, we open the window; fresh air comes in and we feel better.

A Prophetic Tradition says, ‘When you do something bad, quickly do something good as well.’ Why? To keep the balance.

Now there are so many people who committed sins. But were there the same amount of people doing good things at the same time?

There are more bad people than there are good.

1 million people are saying, ‘God, I am here!’ And 30 million are saying, ‘I want to sleep with someone tonight.’ So what about the spiritual atmosphere? It is completely imbalanced.

So the spiritual atmosphere is getting worse every day.

The Presence of Negative Creatures

Maybe the people of Adam and Abraham did not know of the sins we do today. We do the same sins but in a different style. The nature of sins is not different at all but there is a big difference. At the time of Adam, Abraham, Moses, Jesus and Mohammad, people would commit sins and they would understand that they are sinners.

But today we do sins and we think we deserve to do sins. We do sins under the banner of spirituality and under religion.

Today, we are sinners but we don’t regard ourselves as sinners; we think we are saints and we are holy. At the time of Prophet Mohammad, people had different understanding of being a holy person.

You are holy when you abstain from everything else and negate yourself.

If you are committing a sin and you understand that it is a sin, you are a blessed one. But if you are committing a sin and according to your understanding, you are not committing a sin and you are doing it because you are holy, then your mind is messed up. Because when you have become holy you do holy things. Everybody in all religions is doing this: Christians, Jews, Hindus, Muslims – everybody. Like, there was a man in New Mexico who claimed he was Jesus; there were 175 women with him and according to his understanding, when he would have sex with those women they would see God. One man in Israel was arrested because he did the same.

Now, propagation of the Awaited One is harder than propagation of Islam. 1434 years ago, spreading the word of God was not as difficult as it is today. Today, people swear at the Lord wherever you go. This is because of the ratio of negativity in the spiritual atmosphere. What you did 6000 years ago cannot be compared with the same act you do today.

The spiritual atmosphere is polluted with the amount of sins committed in an era and the number of Jinn present in the era. The ratio of negativity determines the steadfastness of individuals on the Truth and excellence of faith.

The followers of Prophet Adam had to cope with relatively less resistance in purifying their Selves [ego] and their hearts than those in the era of Prophet Abraham, who had to struggle a lot more in performance of the same good deed and mortification of the Self.

The ratio of negativity presently is over 100%.

The more the spiritual atmosphere is polluted, the less you feel inclined to do good deeds or to mortify your Self. It is due to the highest ratio of negativity today that people don’t want to purify their Selves.

The desire of God’s love is overshadowed by the desire of material gains thanks to the fullest ratio of negativity.

A holy man has God’s presence in him and he is like a powerhouse of light and positivity; people feel inclined to do good when they are around him.

A holy man recycles the atmosphere and renders good spiritual oxygen to the suffocating hearts.

No act of worship can provide you with the amount of light and positivity as much as a holy man does. No wonder Rumi said, ‘A moment spent in company of a holy man is far greater and better than worship of a thousand years.’

According to a Prophetic Tradition, ‘The world will be covered with darkness in the era that the Awaited One will appear in this world. There will be a few lamps lit up in this world and those few lamps will be at a considerable distance.’

‘How does the spiritual pollution affect our spiritual journey, our faith and our struggle to purify our hearts and mortify our Selves (Ego)?’

We have seven subtleties in our skeleton. Six of them are dormant but the seventh, the Self (Ego) is very much alive and its origin is the devil. When the body of Adam was created, the devil spat at his navel point; there was a germ in his saliva which turned into the Self. So, the Self is a germ that has come from the devil.

This diet can be obtained from any food you consume. Negative energy has heating effects. When you inhale oxygen, a considerable amount of negativity enters your body and it strengthens your Self.

The diet of the Self is negative energy.

Every time you breathe you’re giving diet to your Self.

If our Self is strong, our Self makes us do bad things.

His Divine Eminence Lord Ra Riaz Gohar Shahi once said, ‘The knowledge of spirituality is not suitable for common people. Initially it was aimed at those who were very clever by mind.’

You cannot keep both the Self and heart happy at the same time. You could like it or dislike it, but this is what spirituality is all about.

The ratio of negativity and positivity in the spiritual atmosphere is a very sensitive issue. How sensitive? Your progress [in spirituality] is directly dependent upon the effects of this ratio.

In order to cut down on atmospheric pollution, you plant trees. The more trees you have in the area, the lesser pollution. A tree gives you an external aid to cut down on the pollution. In the daytime, trees release oxygen which helps overcome the bad elements in the air. When it goes in the air, it adds to the amount of the oxygen already present in the air and the pollution decreases. If there are no trees, the air quality will be so bad that you will not be able to breathe.

In a similar fashion, if you want beat the spiritual pollution you need to have Saints of God.

Why? The trees release oxygen and the Saints are connected to God; God looks at them and God sends upon them Theophanies of God every day. Remember: one Merciful Glance of God burns away seven great sins.

Right now, spiritually, this world is like a toilet. Dirt is falling from the sky. You go out and you become dirty. If dirt starts to fall from the sky and it doesn’t stop, you will become accustomed to it.

For the first few days, you will feel stinky and terrible, but you have no cure, no remedy and no solution so you will convince yourself to become accustomed.

But then, somebody will come to you and say, ‘Come. There is a very safe place for you. Come to the Awaited One. In the time you spend in the Awaited One’s company, you are away from the falling dirt.’

You become pure again but the trouble is, you go and come back again and become pure. But now there is one difference between you and others. They do not know about the cleanliness, they will develop an urge to come back here. What will happen to you? When there is enough purity in your heart, you will be given the armour of purity. Your heart will be connected to the Awaited One Lord Ra Riaz Gohar Shahi’s heart. When you go out with the umbrella of Lord Ra Riaz Gohar Shahi’s Merciful Sight, you are safe. It is like dirt is falling on people but you are holding an umbrella, so you are protected.

Without the Merciful Glance it is difficult to remain a good person and remain a pure heart. 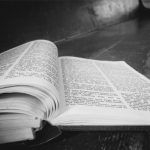 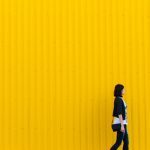 An Analysis of the Human ConditionArticles