An Analysis of the Human Condition

A common man is under the influence of the Self (Ego) and Khannas (the Evil Whisperer); the evil traits reflect in the personality of a common man.

ortification of the Self is not easy therefore it is not very common.

You have an evil germ turned into a Jinn, which is the Subtlety of the Self in your body. Then you have the Khannas, which in Esoteric Realm looks like an elephant. In addition to the Khannas in your chest, you have another four birds: a crow, a pigeon, a cockerel and a peacock. The cockerel is responsible for instilling lust in the heart; the peacock, jealousy; the pigeon, false pride; the crow, greed. You have all these evil traits in your person. You’re impure. For a more in-depth analysis of these esoteric birds and their effects on a person, read The Religion of God (Divine Love) by Lord Ra Riaz Gohar Shahi.

But when your heart is awakened and God’s name has been implanted and the divine energy starts getting generated inside the chambers of your heart, the process of enlightenment begins.

Enlightenment of the heart doesn’t mean you’re completely enlightened. The heart takes three years before it is fully awakened.

Spirituality is the purest form of practical knowledge and there are grades according to the souls.

The most important point in spirituality is the enlightenment of the heart because the heart is the gateway to reach all other esoteric faculties in the human body.

No worship is acceptable in the court of God until your heart is enlightened. Even for the study of divine text such as the Quran, you need a pure Self. Even to obtain guidance from the Quran you have to become pure first – according to the Quran itself.

Is there anything in any religion which you can do that God will accept without you having enlightenment of the heart or purification of Self? No.

Society has become corrupted because people are corrupted.

People did not make efforts to become corrupted. When they were born, they were born with an evil Jinn. Now the point is, when you adopt a religion you need to understand the purpose of the religion. Most religious people who practice any religion today are deprived of the esoteric knowledge.

Unfortunately all the religious scholars also are unaware of the esoteric knowledge or they deny it because they don’t have it.

I claim the spiritual knowledge that we dispense to people today is in its purest form.

You can pick up any Sufi book from any Sufi order but no Sufi order and no saint has ever touched upon the purity and originality of the esoteric knowledge to the standard that we dispense to you today. There is so much clarity in spiritual knowledge today which was never ever seen before. 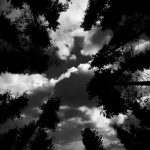 The Ratio of Negativity in the Spiritual AtmosphereArticles