Jews & Christians Are Not Infidels – Proved by Quran!

Wahhabis have been evidently proven to be a factory of disinformation about Islam, the Quran and Prophet Mohammad, and they have portrayed a very ugly image of Islam which is completely opposite to what Islam is in its essence. For example, they consider the USA, UK and Europe their enemies and Kuffar (Infidels).

Who is a Kafir (Infidel) and what is the true definition of a Kafir in the light of the Quran?

Let me first remind you: what Wahhabis have projected to the world is that all Christians and Jews are Kafireen (Infidels), and they have to fight and kill them. This is a misleading, anti-Islamic, anti-Quranic and anti-Mohammad concept. The Quran does not say that. First, we need to understand what Kufr (infidelity) is and who were the Kuffar who were addressed.

Even if the Christians and Jews, British, Americans, etc. were Kuffar, the ultimate message which we obtain from the Quran is that you tell them, ‘You practise your religion and I will practise my religion.’ That’s the end of the story! There is no lesson of intolerance. It doesn’t say I will kill you if you don’t practise my religion. These verses (109:1-6) are addressed to the confirmed Kuffar, because this is what the Quran has said.

Then why do Wahhabis call Jews and Christians as Kuffar and attribute it to the Quran? This is massive corruption and a crime against God. Are Jews and Christians not Ahl-e-Kitab (followers of a books sent by the same God)? Muslims are bound by the fundamental principles of their religion to believe in all books sent by God, whether the book was sent to Abraham, Moses, Jesus or Mohammad. All four books were sent by God and Muslims must believe in them all. Judaism was a religion established by prophets and messengers sent by God; Christianity was established by Jesus, and Jesus was sent by God.

This verse is implying that there is a group of people, confirmed Kuffar, which did not worship the same God as Prophet Mohammad.

This idea that Jews and Christians are infidels and must be killed is a Wahhabi mischief and problem. The Wahhabis must be wiped out from the face of the world if you really want peace; they are worse than animals! 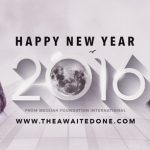 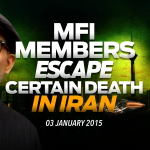