Statement About the Syria Vote

Messiah Foundation International supports the decision taken by the MPs in the House of Commons in London today to carry out airstrikes against Daesh (ISIS).

The purpose of carrying out these strikes is to destroy the most horrible terrorist group in the world today. These brutal enemies of Islam, enemies of humanity and enemies of the West should be taught a lesson. They should be crushed to a point where they cannot regain their strength.

The area which is currently occupied by Daesh should be freed from these terrorists. All the Syrians who have left their homes and they are now living a miserable life should be returned to their homeland to live there in peace.

The purpose of carrying out these airstrikes is to restore peace, and free the country from terrorists. It is to subsequently form a government by the local people which is wholeheartedly accepted by all members of Syrian society including different fractions of the religion [of Islam] and secular people.

Messiah Foundation International supports airstrikes against ISIS, however it must be noted that the target of doing so will demand from allies to send some ground forces as well. Airstrikes alone will not be sufficient action against ISIS because they have bunkers; they have different sanctuaries. They can hide. You are only wasting money, ammunition and bombs.

Along with these airstrikes, ground military action is inevitably required without which all the hard work carried out by RAF will probably be wasted.

We strongly request the UK Parliament and our MPs to now strengthen the air strikes with the presence of the ground force. That is our understanding.

A thorough action should be taken in order to ensure that the enemy is truly and completely crushed.

The enemy should be crushed in a way that it does not bounce back or hit back. That is very important.

Thank you very much. 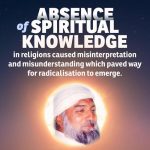 Education Officer Comments on the Absence of Spiritual KnowledgeActivities 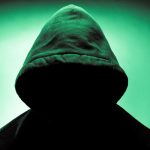