HDE Gohar Shahi is for All Humanity (Christmas Message)

When a Prophet or a Messenger was sent by God, that Messenger and Prophet had a perception of a nation. His appointment and his anointing was to guide a particular group of people.

But His Divine Eminence Gohar Shahi has come into this world with the perception of humanity.

His benevolence and spiritual grace are for every single human being on Earth, whether he is a Christian, a Protestant, a Methodist, a Catholic, a Hindu, a Muslim, a Sikh, a Jew or somebody who doesn’t believe in any religion at all.

HDE Gohar Shahi is not for one group of people.

This is not my perception; this is the divine plan. This is how God wants HDE Gohar Shahi’s perception to be for humanity. How many personalities like HDE Gohar Shahi have come into this world before? Those who came, they came for the perception of a nation, a particular group of people – but this message of love and peace is for everybody. We have had enough with different nations and identities.

According to God’s plan, God wants all human beings to have one identity: the unified humanity; unification.

You may belong to God, I may belong to Prophet Mohammad but HDE Gohar Shahi wants you to love Prophet Mohammad as much as you love Jesus and HDE Gohar Shahi wants a Muslim to respect Jesus Christ as much as he loves his own Prophet. He will want to love all that have come from God because we want to love God. Do you think you will attain God’s love by loving one prophet sent by God and not loving the other who was also sent by God?

It doesn’t matter you are a Muslim or a Christian or a Hindu or A Sikh. You can still be a Sikh or Christian or Catholic and revere the personalities in your religion. However, there is no harm in loving each other. There are more than 100,000 prophets and messengers but there is only one God and therefore all humanity should love that one God. 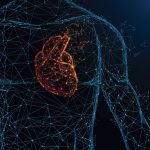 What is The Reality of a Human Being?Articles 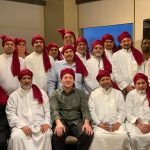