The Purpose of Imam Mehdi’s Advent

Adam Safi Allah (Adam the Eminent One) was the first whom God granted the esoteric knowledge and last of 14 000 different species of Adam created by God.

Prior to Adam Safi Allah, none of the progenies of 13 999 Adams were granted the esoteric knowledge; hence they were unable to connect with God and reach Him. Since the esoteric knowledge was not granted to them, therefore their souls and other spiritual faculties had been dormant and deprived of capitalising human instinct.

Human instinct in man reflects in his character only when the souls in him are awakened and enlightened.

If the souls remain dormant in a man, he doesn’t develop human characteristics such as pure love, gratitude, forgiving the offenders and other positive traits.

With the help of the esoteric knowledge, one awakens and enlightens his souls, and discovers within him the original human characteristics and sense of superior creation.

Since progenies prior to Adam Safi Allah were not granted the esoteric knowledge, they couldn’t recognise divinity and its traits. Therefore they were easily misled and engaged in mischief and bloodshed. Today, humanity has lost that esoteric knowledge which connects man with God and awakens human characteristics in him.

Imam Mehdi has revived the esoteric knowledge once again, to uplift humanity to higher levels of spirituality so as to revive Human Characteristics in all human beings again. And this is the purpose of Imam Mehdi’s advent!

This article was first posted on Younus AlGohar’s Medium page. Learn more about the different species of Adam and the hidden history of man in the sacred book penned by His Divine Eminence Gohar Shahi, The Religion of God (Divine Love). 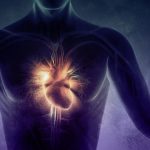 Signs of a Successful Initiation of the HeartArticles 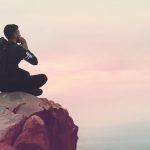 Self-Awareness: A Blessing in DisguiseArticles