Sanity and insanity have to do with one’s thought process. Sanity is considered to be a balanced thought process according to the standards of ethical values and norms of the society.

Anything practised by a majority of people for an extended period of time, at a certain stage, it becomes normal. Normal is something that everyone likes and practises. Something that people, as a majority, do not practise, is considered to be abnormal.

If every single person in the world is crazy, then being crazy is normal.

For example, if every member of the nation speaks loudly — and they scream and shout — and they consider it normal, what can you say?

So sanity and insanity can be described, however, there has to be a societal, spiritual or intellectual mirror in which you can judge the norms of sanity.

Sometimes normal things, according to your common sense, appear to be abnormal in the eyes of others who have different standards of ethical and moral values.

Learn more about how the different sources of moral values affect our worldview in the May edition of the Messiah Herald: Save Society with EQ.

In the country where I was born, if somebody is naked and walking on the street, people will call him a mad person. However, in Europe it has become a fashion; [some] people are demanding to be allowed to walk around nude. There are restaurants in Central London where the diners eat naked. They’re all well-educated people; even then, they do not think that if everybody is naked, it will create a chaotic hygienic problem. I really don’t like this idea, but then again, so what? If somebody else wants to be naked, I don’t care; it is their life and they have the right to live it as they want.

So we don’t really know what is sanity and insanity anymore, because people have different standards nowadays. 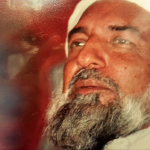 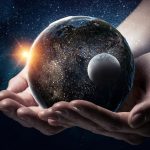